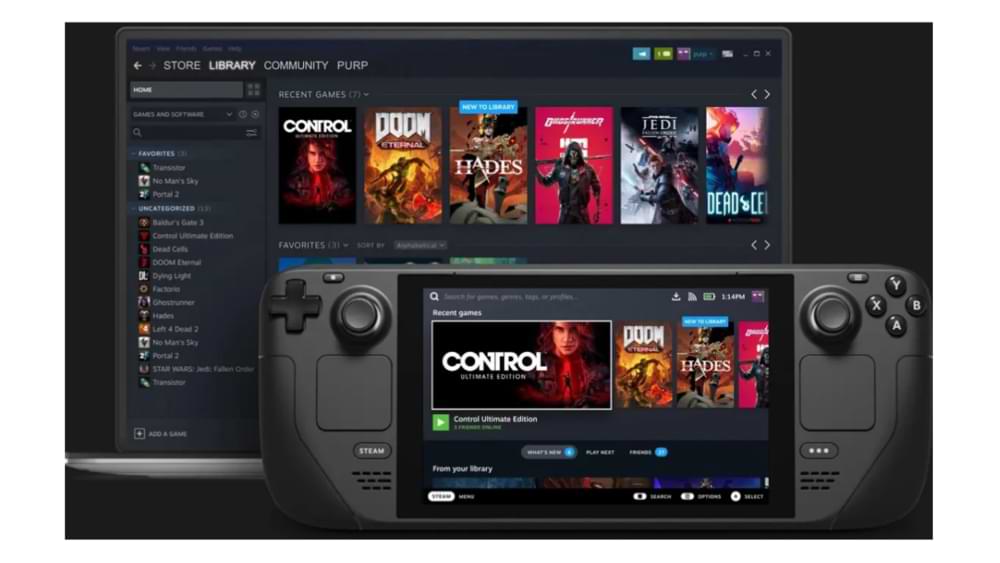 The valve opens its Steam Deck, talks about what’s on it, why you shouldn’t touch its components, and much more. For the sake of transparency, Valve has released an official teardown video for its next notebook PC.

The company does not recommend that you try to replace all the components yourself, to the point that even opening the laptop will make it structurally weaker.

The Steam Deck features a quad-core AMD Zen CPU, while the CPU is an octa-core RDNA capable of up to 1.6 TFLOPs of performance. It also has 16 GB of LPDDR5 RAM and, depending on the model you buy, between 64 and 512 GB of storage space. Don’t expect to play in 4K though – the 7-inch LCD has a 1280×800 resolution.

The Steam Deck begins shipping in December and will be compatible with a wide range of PC titles. It also supports BattlEye and Easy Anti-Cheat for competitive multiplayer, while Microsoft’s xCloud also works quite well, according to Phil Spencer .