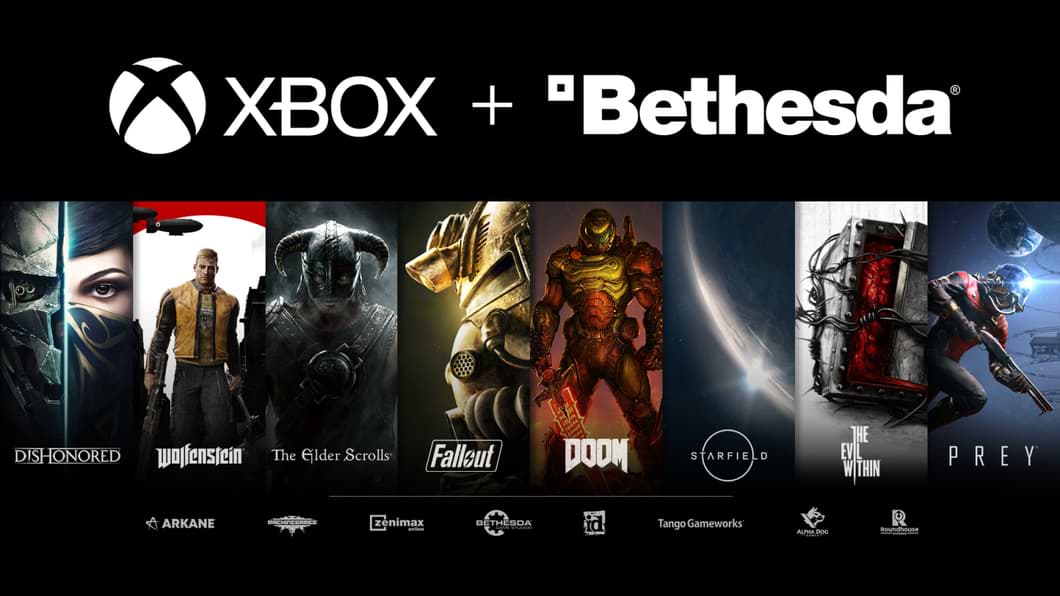 One of the biggest news of the year we received today from Microsoft. And it is that only Redmond has announced the acquisition of ZeniMaz Media, the parent company of Bethesda Softworks. Yes, as you have read, Bethesda, creators of mythical sagas such as Doom, Wolfenstein, or The Elder Scrolls, join the Xbox team as a studio, being the much-rumored sixteenth Microsoft own studio.

Without a doubt, a real bombshell one day after the opening of reservations for the new generation of consoles, Xbox Series X | S. And, with the great fanfare that the developer has behind, it can be a great boost to your success.

Microsoft and Bethesda join their paths

As we can read on Xbox Wire, Microsoft has acquired ZeniMax Media. With this, it also acquires some of the most creative studios of the new one, such as id Software, Arkane, MachineGame, Bethesda Sofworks, Bethesda Games Studios, etc.

A whole series of studies that have created some of the most recognized IPs in the industry, such as Doom, Fallout, Prey or Quake, and that will now become exclusive to the Xbox family.

As they affirm, the most iconic games of the study will arrive at Xbox Game Pass, both console and PC, while in the coming months we will see the roadmap of the new Microsoft study. This includes some announced games and other projects yet to be announced. And among them will be the highly anticipated Starfield.

All of our work, and the foundation of our relationship with you, begin with a commitment to deliver amazing games to discover a variety of amazing games and play them on Xbox. Over the past few weeks, we have shared more details about the plan that we have developed over the years.

A plan built on fulfilling a promise to you, the Xbox gamer, to deliver the most powerful, immersive, and compatible next-generation gaming experiences, and the freedom to play hit titles with your friends, anywhere. time and anywhere.

Today is a historic day in our journey together and we are incredibly happy for what this step means for Xbox.

Please welcome all of our friends at Bethesda to Team Xbox.

The creator of Descender is “freaking out” with Xbox Game Pass, more than 3 million people have played his game